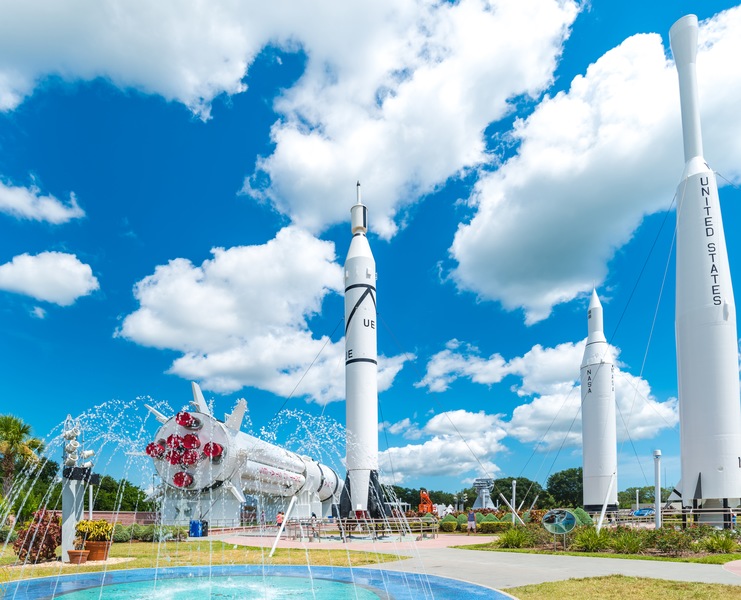 Cocoa Beach is known as one of the most family-friendly areas in the world. That’s partly why Coastal Living Magazine continually ranks the city in the top ten of their best beach towns in which to live and visit.

Still, there’s much more to this area than fun in the sun and top-notch Cocoa Beach attractions. The city also has a fascinating past. In this article, you’ll learn how history has shaped Cocoa Beach into the thriving community it is today.

Founded in 1925, Cocoa Beach was incorporated as a city in 1957. In the late-1950s and throughout the 1960s it became known as “Missile Town, USA.” The nickname was in reference to nearly Cape Canaveral.

There is some disagreement about how Cocoa Beach got its name (made official in 1884). Some say it’s a reference to mail that arrived in a box labeled Baker’s Cocoa. What’s not open for debate is the convenient location of Cocoa Beach. The city is a short drive from major Brevard County locales such as Rockledge, Melbourne, Palm Bay, and Titusville.

Just as today, Cocoa Beach has always attracted people from all around the world. One of the first tourists to the area was Warren G. Harding, when he was then President-elect. A favorite story locals like to tell is that Harding’s boat got stuck on a sandbar while he was enjoying a day on the water with friends.

The soon-to-be President safely rowed everyone to shore in a dinghy. As a reward, he was given a plot of land. Later, promotional signs were erected touting the possibility for new arrivals to the city to have the President as their neighbor.

Another well-known fact about Cocoa Beach is that it was the setting for the popular television program I Dream of Jeanie. Though most filming took place in California (a wedding episode was filmed on site), the lead character (Major Nelson) had a home in Cocoa Beach. In fact, the town is mentioned in all 132 episodes. Today, there’s a street name and annual festival to commemorate the program’s popularity, and the positive publicity it created for Cocoa Beach.

There are wealth of activities and exciting things to do in Cocoa Beach to match every interest. In fact, the city embraces its unique land, sea, and air access. Along with top-notch shopping, dining, and historical significance, Cocoa Beach is also known worldwide as a favorite surfing destination.

Today, many regional sites of historical significance and general interest are visible by air. One of the most popular ways to achieve an unforgettable experience is through Cocoa Beach helicopter rides. Safe and economical, our air tours provide you with breathtaking views of Brevard County and surrounding attractions. In addition, you’ll learn more about the history and future of this area while on board.

Each of our Port Canaveral helicopter tours feature comfortable seating for children and adults. Three passengers can enjoy the ride at once, with one lucky individual seated right next to the pilot. Kids, especially, will be thrilled with this unique opportunity.

Best of all, we have affordable packages to meet every budget. Browse the ‘videos and photos’ section of our website for a sampling of what you might see. Then, contact us today to book your own thrilling helicopter tour.